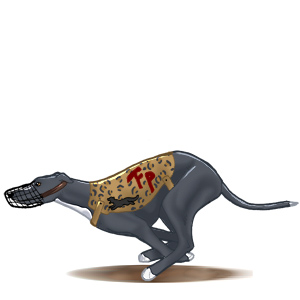 Racing is perhaps one of the oldest of all dog sports, with records dating back more than 4,000 years. Racing, as a dog sport, started in ancient Egypt where people enjoyed watching dogs run, as well as a way to find the best hunting dogs for breeding. The most popular breeds were Greyhounds and Salukis, which were considered to be the first among animals, meaning that they were often treated like a member of the family rather than an animal. The sport then passed onto England and the rest of Europe where it was dubbed by Queen Elizabeth I to be the “Sport of Queens” (the “Sport of Kings” is horse racing). Modern day dog Racing started in the beginning of the 20th century when racing dogs were introduced into America along with the introduction for gambling on these events.

Currently, dog racing is one of the most popular methods of gambling (namely Greyhound racing), which brings the sport a lot of bad press. Some people in the industry raise dogs only for racing and not for pets. Hence, many dogs are kept in cramped kennels in stacked cages under questionable hygiene conditions. If a dog loses too many times or get injured, they are killed, although a few tracks and rescues will take in dogs to rehome them with suitable families.

However, not all racing is cruelty. As with any other sport, it is best not to rate Racing by its worst aspects. There are people and clubs that race for fun, have their own championships, and are enjoyed by everyone (especially the dogs, who love to run). This is how racing is supposed to be.

Races can be done with any breed. Some breed clubs make their own races. Jack Russell Terriers are an example of a popular racing breed, although sighthounds are the most common. Sighthounds are a vast group of dogs that are known for their excellent eyesight, sleek bodies, and legendary speed. Sighthounds can reach up speeds around 45 mph, which is more than twice as fast as an Olympic sprinter. Some of their physical qualities include long legs, a deep chest, and a general look of grace and speed. Examples of sighthounds include Greyhounds, Borzois, Ibizan Hounds, Afghan Hounds, Basenjis, and Whippets. Naturally, most of these breeds are quite docile and lazy. But in sport, they are fierce hunters. Sighthounds are literally “born to run” and love to race. Since sighthounds have such a strong instinct to hunt by their eyes, they have to be muzzled so they can’t attack their opponents, who might get too competitive and start a fight. Other breeds are muzzled for similar reasons.

The general idea of racing is pretty simple. After being released from the starting gate, dogs chase a lure, usually a stuffed bunny or a rag, through a marked track of the considerable length of at least 100 yards. The first one to reach the finish line is the winner.